Why the Akira Remake Should Die

Why the Akira Remake Should Die

American exceptionalism has no place in my favorite manga 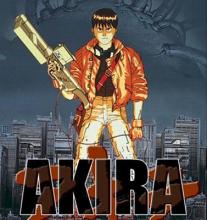 In case you hadn't heard, there's an Akira live-action remake somewhere in the works in the Hollywood machine. That alone isn't necessarily enough to boil your bubble; the visuals in the manga and the anime film might translate well to a photorealistic style, what with all the technology filmmakers have at their fingertips these days. It might actually be kind of epic as a 2013 live film. So no hate there, at least not from me.

The hate starts seething when I read about the changes screenwriters and producers are making to the Akira story. They're deep, fundamental changes, kids, so buckle up and start raging.

Firstly, Warner Bros and its cronies are setting the story in Manhattan. "New Manhattan" now, of course, to parallel New Tokyo. Why? Well, so they can believably cast white men in the lead roles. Justin Timberlake is apparently being considered for Kaneda, while Sparkly Bloodsucker aka Robert Pattinson and James McAvoy are in talks for the Tetsuo character. Which, by the way, has been changed to have the name "Travis". The Hollywood machine apparently finds actors of color indigestible, even if it's adapting a story that's about a foreign country. This kind of whitewashing might be even worse than the 21 or Last Airbender business, and both of those were pretty bad. Seriously, I don't know how folks in power still justify this kind of rewriting. "Oh, yeah, it's a great story, but you know what would make it even better? White people. All white. And let's make sure it's all in English, and takes place in America. Reading is hard. Other countries are confusing."

The choice to place Akira in Manhattan, of all American locales, carries its own political weight. It's a post 9-11 film, and of course associations with the tragedy will be made. It's our own little disaster, after all. The problem is that Japan has experienced some of the worst tragedies in the history of tragedy. Remember the atom bomb? Yeah, that was a little nasty. We've lost a couple buildings, yes, and while the idea of weighing tragedy makes me a little uncomfortable, we've never experienced the loss of an entire city due to an act of war. The closest we've come to that kind of scale has been the destruction wrought by natural disasters. Why not place Akira in New Orleans (New New Orleans?) with an all-black cast? Better yet, why not leave the story well enough where it belongs--in its original setting?

Well, Warner Bros knows what Americans like, and what Americans like is their own arrogance. After all, there are people who believe the recent tsunami and earthquake in Japan was somehow karmic retribution for Pearl Harbor--conveniently forgetting the deliberate retribution enacted by our own government. There are people who believe 9-11 was worse than anything that has ever happened anywhere else in the world. This movie is for those people: people who would rather watch pretty white boys run around spouting limp dialogue against CGI explosions in their movies than learn anything about the world. Frustratingly, there's a lot of these people, and they have money to spend. But here's where the rage really roils: Warner Bros is taking something I love and selling it to people who don't know any better. They're taking one of the smartest, best-told stories in anime and twisting it into something digestible and cheap. Akira isn't just a manga and a movie; it's high literature that addresses how civilization works when destruction on the scale of Hiroshima is possible. It discusses how we can think of ourselves as human when people can wreak that kind of havoc on each other. It's about the limits of human atrocity, and it's a distinctly Japanese work. Hollywood is mutating it to its own empty, flag-waving ends. And that makes me stabby.

All things manga, from your favorite anime to graphic novel adaptations

We Support
Climate Activism
Click to reach the League of Conservation Voters.
Conversation Processing Intelligence™ beta website!
Click here to visit the hub of the Klat Network.
This site is part of the Klat network of blogs, forums, and communities.

Manga As An Art Form

so- wait. Whats going on?

I miss the classics

Sometimes they go too far.

WHAT!?! NOOOOOO! Thats not what they said!